Parking minimums are regulations that demand we create car centric places by requiring every home and business to come with car storage. The number of parking spaces required often exceeds that demanded by the market and forces the developer to allocate space and money for vehicle storage at the expense of housing units, business space, and green space. Parking mandates stand in direct opposition to various state City of Austin goals regarding housing, urban design, equity, and climate change. Parking mandates must be eliminated in order to create a more affordable, sustainable, and pleasant city for Austin residents.

austin is in aN Affordability crisis

Austin is quickly becoming one of the least affordable cities in the country. Fundamentally, there are more people who want to live in the city than there are homes. The only way out of this housing shortage is to build more homes. Unfortunately, there are many arbitrary barriers in the land development code that make it illegal to build the amount of housing necessary to address this crisis. Costly parking mandates are an antiquated part of Austin’s Land Development Code that are contributing to the lack of affordable housing in Austin.

Parking minimums have no basis in science and are not based on any empirical evidence. Austin’s parking mandates force developers to limit the number of units they can build in each project. Many businesses cannot expand their building’s footprint at their current location because they would need to build more parking than they have space for. Transitional housing must build parking in Austin, even as they serve a mostly carless population and must limit the amount of people they can help. An especially egregious example is the required parking at bars, which encourages drunk driving. 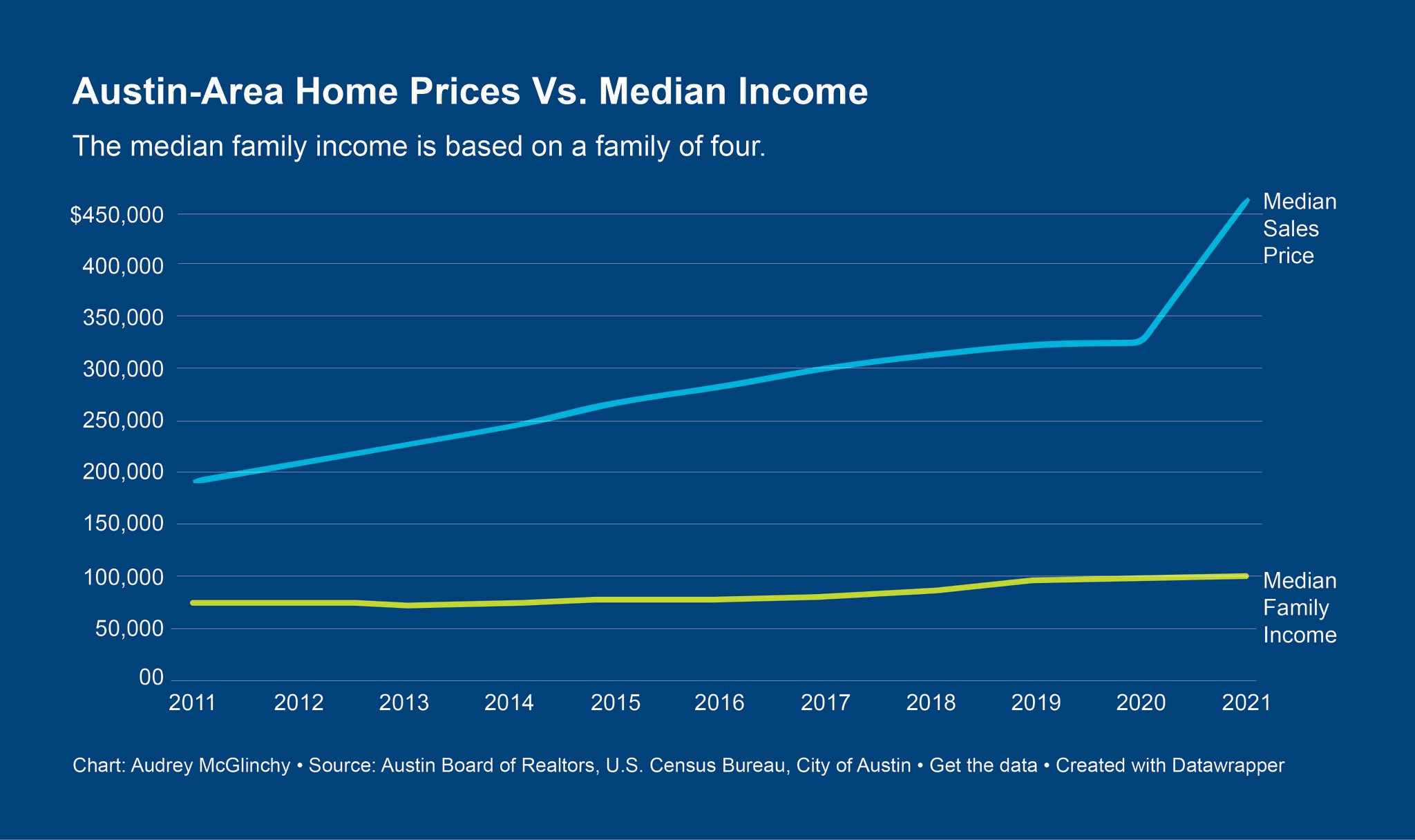 The City of Austin has acknowledged the importance of housing, mobility, climate, and equity issues. It has directed the development of several reports , including Imagine Austin, Austin Strategic Housing Blueprint, Austin Strategic Mobility Plan, and the Austin Climate Equity Plan that are meant as resources to policy makers and a guide to reaching ambitious goals. In these official reports voted on by the City Council are objectives including reducing car-dependency, addressing affordability, and creating livable spaces. Parking reform is necessary and urgent if the City of Austin would like to meet their stated objectives.

The construction of parking spots is extremely high, from around $5000- 10,000 per space in a surface lot to $25,000 – $50,000 per space in a parking structure. At the current rate of requiring 1.7 parking spots per new housing unit, we estimate that the City of Austin’s minimum parking requirements from 2010-2020 have imposed an additional cost of $3,296,261,750 on the cost of housing for Austin residents, or about $75 more per month for the average mortgage.

The indirect cost is the lost opportunity for people to live in Austin because of the city-imposed limits on housing capacity. The more space unnecessary parking spaces take up, the fewer homes can be built. Some housing units that could have been provided in the city of Austin simply were not built because of parking mandates, both through projects that have not moved forward or less units built in projects that have been approved. The restriction on supply of housing in the city to just 25% of regional population growth is driving up housing costs for new and existing housing units.

Increased parking in developments leads to more car ownership and increases in driving. A stated goal of the City of Austin is to reduce the transportation mode share of single-occupancy-vehicle driving to 50% compared to the current 74% and to reduce the overall vehicle miles traveled. Mandating that homes and businesses build parking stands in direct opposition to these stated climate goals.

Parking mandates significantly increase the amount of land devoted to parking spaces. All of these unnecessary parking spaces spread the city out and increases energy use, pollution, and traffic congestion. Low-density growth at the edges of the city impede the development of communities and destroy wildlife habitat.

Parking mandates cause the development of pedestrian-hostile environments. Unnecessary parking puts space between destinations and make walking mostly unfeasible. Pedestrians are denied a pleasant and walkable shopping and entertainment experiences in favor of uninviting and unsafe strip malls that are mostly asphalt.

Shopping on South Congress, Austin, from www.heatheronhertravels.comvia Flickr, CC BY 2.0

Parking mandates are particularly costly for communities of color and lower income communities. They enforce car-dependency, adding a de facto fee of thousands of dollars per year to live in the city of Austin. Car ownership is lower among these communities yet they continue to subsidize car storage through these mandates.

There is an overwhelming consensus among land-use experts that parking minimums are harmful for cities and their residents. The trend of parking reform in American cities is accelerating. In peer cities such as Minneapolis, Buffalo, and Seattle, the relaxation of parking requirements led builders to develop projects that included less parking and more housing units. In Minneapolis, these developments were able to charge a significantly lower rent in the projects with less parking. There is a clear link between the simple removal of parking mandates and an increase in both housing supply, variety of unit types, and affordability.

The elimination of parking mandates has already made an impact in the City of Austin’s University Neighborhood Overlay (UNO) program. This has resulted in the area diverting significantly from others nearby in terms of housing costs. According to inflation adjusted American Community Survey data, the median monthly housing costs in the two census tracts that include the liberalized UNO code have risen only by about $2 and $7 a year for the northern and southern parts of West Campus. In contrast, many parts of Austin have seen increases in this same measure of $100 a year over this same period of time.

The affordability benefits of removing parking mandates are also experienced on a limited basis outside of West Campus, with the Affordability Unlocked program and other incremental improvements to Austin’s land development strategy. A growing number of newer projects are proof of the high demand for units with little or no parking in locations with access to frequent transit.

The Austin Parking Reform Coalition is fiscally sponsored and staffed by Farm&City – a 501(c)(3) think and do tank dedicated to high quality urban and rural human habitat in Texas in perpetuity.

For questions or more information please contact us at info@atxparkingreform.org